As we continue to see the #Crowdfunding industry explode around the world we still find too many campaigns failing and people reaching out in desperation seeking help once they see no funds appear in their coffers after launching.

People need to know that it’s hard work to be successful at crowdfunding but if you’re willing to learn (and get prepared ahead of time), you can make incredible things happen with the right knowledge and tools, which you can find right here:

“Win the crowd and you’ll win your freedom.” – Gladiator.

You and your business will need to attract followers, fans and positive awareness. This is not “If you build it they will come” scenario, but more like “If a tree falls in the forest and no one hears it, did it make a sound?” In this sense, you’ll need to make a lot of carefully calibrated noises in the presence of many receptive people

1. Get a Crowdfunding Education

Don’t even think of starting to crowdfund if you have no idea about what it takes to succeed. Talk to experts and ask questions. Read everything you can find on how to run a successful crowdfunding campaign and then do those tasks. Take classes especially if you want to sell securities. Take trusted courses such ashttp://crowdfundingcollege.com and attend educational crowdfunding conferences (which are also great places to network and build your crowd from like minded people) such as http://crowdfundingroadmap.com/bootcamp

2. Build a Team of Committed People for the Duration of Your Campaign

Make sure your crowdfunding campaign thoroughly explains your business to all potential backers. This will help spread the word further, increase your marketing reach and is an effective way to engage with current and potential contributors or investors.

Campaigns run by 4 or more people increase their chances for success by 70%.

It’s essential that you’re able to explain who you are, what you do, and why someone should invest in you – in 15 seconds or less. Be honest, concise, interesting, share it with people everywhere you go, and remember to ask for money & support. In some cases people get so excited about their own ideas that they forget to ask for the money. It also helps to frequently call into live radio shows such as http://crowdfundingradiolive.com and get interviewed as much as possible.

Compile a list of necessary tasks and organize them by date on your calendar. Keep track of everything you will need to do before, during and after your campaign and assign tasks to your team. Make sure time is focused everyday on your campaign and on building a crowd.

Before launching your crowdfunding campaign, figure out ahead of time what your totals costs for the entire campaign will be. This way you’ll be able to adjust your goals to know how much you really need to raise in order to finance all of your expenses including the cost of running your campaign, distributing rewards or selling equity in your company.

Do the Crowdfunding Math: How many contributors or investors do you need to land on your profile and review your campaign in order to reach your goal of being fully funded.

Figure out how many people you will need to contribute or invest to complete and raise your total desired amount. For example if you want to raise $10,000 that is 200 people at $50.00, 100 people at $100.00, 500 people at $20.00 or basically some combination of this. Whatever that number is you will need thousands of eyeballs to see your campaign for that smaller combination of investors or donors to take action and put their money in your deal.

6. Build Up Your Social Status and Social Capital

Make sure you have developed a strong presence on the Internet via social media networks as an expert in your field. Become an expert and authority in your field and blog about it, promiscuously.

Historically 80% of crowdfunding dollars will come from one friend away from you.

Send out press releases on exciting things you and your company are doing. Get testimonials and put them on your website.

Comment on articles, other related blogs and articles in major magazines that get lots of traffic. Provide invaluable information that will show your skills and talent which will build confidence in your skills to potential investors or donors. Remember that your crowd will become your community, your advocates & your promoters. Give them something of value to identify with.

Make sure that your Twitter, Facebook and other social media links are clear and present on everything you do so you can constantly build those numbers up as people read all of this great material you are creating. Write a series of emails that tells a story that you and your team can send out every few days before and during your campaign that draws people into feeling connected to your vision and mission.

8. Promote It and They Will Come

Build personal connections. Get out and meet people; think of it like a political campaign. Target your core constituencies, make new (often real) friends, and kiss any babies on offer.

Influence people & keep influencing them. Seek strategic or affiliate partners with complimentary or related customer (crowd) bases – promote each other. Keep expanding to build your crowd as well as your business.

10. Be Prepared for Competition

Remember you are crowdfunding on a public platform with thousands of other campaigns. If your campaign does not grab people’s attention the moment they land on it, guess what? They will leave and check out your competition instead. Now you just spent all of this time driving traffic to someone else’s crowdfunding campaign.

Have non bias outside people review your video and campaign page and help fix your mistakes before you make it public.

11. Is Your Campaign Really Ready for Prime Time?

If you were going to pitch on television in front of millions of people would your campaign really sell it? Do you have all of the components beautifully written and fully flushed out along with photos and a killer video? Review other campaigns that are similar to yours that really nailed it and were fully funded. Then, create components for your campaign that showcase what you are offering in the same way.

12. Pre-Funding a 30% Commitment Can Make or Break Your Fundraising Efforts

It’s key to have 30% of your total campaign dollars committed ahead of time from people you know. If you’re offering isn’t compelling enough for your real friends and family who love you and want to support your vision or company then why should complete strangers?

13. Learn How to Ask for the Money

Monitor the comment section of your campaign page and respond to calls and emails quickly during your campaign, in real time, as people will have lots of questions. If you’re not prompt in answering those questions they will quickly loose interest and this could cost you lot’s of potential funding.

14. Have a Crowdfunding Task and Action plan™

It provides you with instructions on what to do and works as a placeholder for you to create a step by step action plan with timelines for launching and running a successful compliant campaign. Learn more here:http://www.crowdfundingroadmap.com/crowdfunding-task-and-action-plan/

What Happens if After All of This Effort You Still Miss Your Goal?

Whether you reach your funding goal or not, none of this effort will have been wasted. You’ll reflect on what worked and what didn’t work and build upon what you’ve already done. Your existing fans will still be your fans, your visibility will put you on the map and may even bring conventional funding and support once they see how prepared you are for long term success.

About The Author: Ruth Hedges Ruth is one of the countries leading experts in Crowdfunding and one of the original pioneers of the legislation which ultimately became the JOBS Act.

In 2010 she worked with Congressional leaders and other industry change-evangelists to move what was originally the Entrepreneurs Access to Capital Act through Congress to its eventual signing as the JOBS Act, and was honored with an invitation to the White House for its Crowdfunding Champions of Change event. She has gone on to create the largest annual crowdfunding conference in the world, which started in 2012 and hosts every October.

She is also the CEO of Crowdfunding Roadmap, http://crowdfundingroadmap.com an innovative SaaS platform for businesses to use in preparing to raise capital via exemptions pursuant to the JOBS Act. As an industry expert Ruth has been interviewed or quoted in over40 major publications, and was selected to teach the first university-level course on securities crowdfunding at UNLV.

Listen or call in on the Radio at http://crowdfundingradiolive.com

Some Related Articles For You! 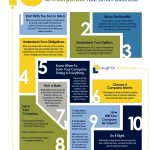 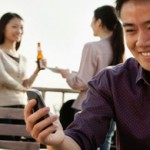 Should you choose a friend to be your business partner? 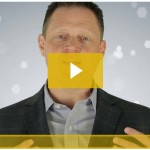 Are You Ready To Start A Business? 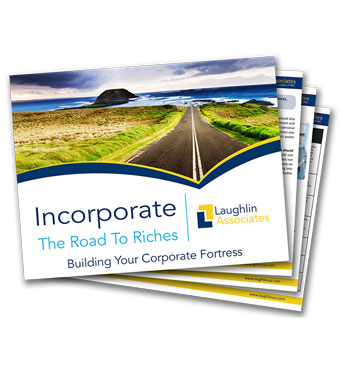 Become an Author, Start a Business, and Publish a Book!